Dr. Edward Chang is a neurosurgeon at UC San Francisco specializing in the treatment of intractable epilepsy, trigeminal neuralgia, and brain tumors. He is also the Joan and Sanford I. Weill Chair for the Department of Neurological Surgery and Jeanne Robertson Distinguished Professor at UC San Francisco. His scientific research focuses upon the brain mechanisms for human speech, movement, and cognition. He co-directs the Center for Neural Engineering & Prostheses at UC Berkeley and UCSF, which brings together engineering, neuroscience, neurology and neurosurgery to develop state-of-the-art biomedical devices to restore function for patients with neurological disabilities. 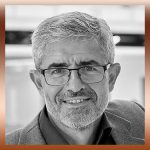 He received a PhD in computer science from the Technical University of Catalonia, Barcelona, in 1992. Previously, he was a research scientist at the Joint Research Centre of the European Commission in Ispra (Italy) and a senior researcher at the Idiap Research Institute in Martigny (Switzerland). He has also been a visiting scholar at the Universities of Berkeley and Stanford as well as at the International Computer Science Institute in Berkeley. Most recently, he was Defitech Foundation Chair in Brain-Machine Interface at the École Polytechnique Fédérale de Lausanne in Switzerland (EPFL), where he helped establish the Center for Neuroprosthetics.

Dr. Millán has made several seminal contributions to the field of brain-machine interfaces (BMI), especially based on electroencephalogram signals. Most of his achievements revolve around the design of braincontrolled robots. He has received several recognitions for these seminal and pioneering achievements, notably the IEEE-SMC Nobert Wiener Award in 2011 and elevation to IEEE Fellow in 2017. In addition to his work on the fundamentals of BMI and design of neuroprosthetics, Dr. Millán is prioritizing the translation of BMI to end-users suffering from motor and cognitive disabilities. In parallel, he is designing BMI technology to offer new interaction modalities for able-bodied people. 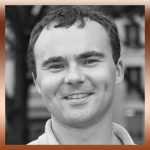 Conor Walsh is the Gordon McKay Professor of Engineering and Applied Sciences at the John A. Paulson Harvard School of Engineering and Applied Sciences, an Associate Faculty Member at the Wyss Institute for Biologically Inspired Engineering and an Adjunct Associate Professor in the Department of Physical Therapy & Athletic Training at Boston University. He is the is the founder of the Harvard Biodesign Lab, which brings together researchers from the engineering, industrial design, apparel, biomechanics, physical therapy and business communities to develop and translate new disruptive robotic technologies for augmenting and restoring human performance. This includes new approaches to the design, manufacture and control of wearable robotic devices and characterizing their performance through biomechanical and physiological studies so as to further the scientific understanding of how humans interact with such machines. Example application areas include, enhancing the mobility of healthy individuals, restoring the mobility of patients with gait deficits, assisting those with upper extremity weakness to perform activities of daily living and preventing injuries of workers performing physically strenuous tasks. His multidisciplinary research spans engineering, biology and medicine and has led to multiple high impact scientific papers. The soft exosuit technology is now commercially available in clinics for gait retraining through a collaboration with ReWalk Robotics and a lab spin-out, Verve, is launching a back assist product for workers performing physically strenuous tasks in industry. He has been invited to give talks at government, industry and academic events and has served on research review panels including the National Science Foundation and National Institutes of Health. He is dedicated to training the next generation of biomedical engineering innovators and lab alumni have gone on to successful careers in academia, entrepreneurship, and high tech R&D positions in industry. Additionally, he co-founded the Soft Robotics Toolkit that serves as a platform the lab’s extensive STEM outreach activities. He is the winner of multiple awards including the Presidential Early Career Award for Scientists and Engineers, the Early Academic Career Award in Robotics and Automation from the IEEE RAS, the National Science Foundation Career Award and the MIT Technology Review Innovator Under 35 Award. 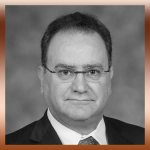 Antonios G. Mikos is the Louis Calder Professor of Bioengineering and Chemical and Biomolecular Engineering at Rice University. His research focuses on the synthesis, processing, and evaluation of new biomaterials for use as scaffolds for tissue engineering, as carriers for controlled drug delivery, as non-viral vectors for gene therapy, and as platforms for disease modeling. His work has led to the development of novel orthopaedic, dental, cardiovascular, neurologic, and ophthalmologic biomaterials. He is the author of over 650 publications and the inventor of 32 patents. Mikos is a Member of the National Academy of Engineering, the National Academy of Medicine, the National Academy of Inventors, the Academia Europaea, and the Academy of Athens. He has been recognized by various awards including the Lifetime Achievement Award of the Tissue Engineering and Regenerative Medicine International Society-Americas, the Founders Award of the Society For Biomaterials, the Founders Award of the Controlled Release Society, the Acta Biomaterialia Gold Medal, and the Robert A. Pritzker Distinguished Lecturer Award of the Biomedical Engineering Society. He is a founding editor and editor-in-chief of the journal Tissue Engineering. 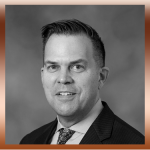 Dr. Wagner is Director of the McGowan Institute for Regenerative Medicine as well as Distinguished Professor of Surgery, Chemical Engineering, and Bioengineering at the University of Pittsburgh. He serves as Scientific Director of the NSF Engineering Research Center on “Revolutionizing Metallic Biomaterials” and Chief Science Officer for the Armed Forces Institute of Regenerative Medicine. He holds a B.S. (Johns Hopkins Univ.) and Ph.D. (Univ. of Texas) in Chemical Engineering. Professor Wagner is the Founding Editor and Editor-in-Chief of one of the leading biomaterials journals, Acta Biomaterialia. He is past-president of the American Society for Artificial Internal Organs (ASAIO) and past chairman of the Tissue Engineering and Regenerative Medicine International Society (TERMIS) Americas region. He is a fellow and former vice president of the American Institute for Medical and Biological Engineering (AIMBE) and has also been elected a fellow of the Biomedical Engineering Society, the International Union of Societies for Biomaterials Science and Engineering, TERMIS, and the American Heart Association. In 2006 he was selected to the “Scientific American 50”, the magazine’s annual list recognizing leaders in science and technology from the research, business and policy fields. His research has generated numerous patents (35 issued to date) and patent filings that have resulted in licensing activity, the formation of two companies, one of which initiated two clinical trials. Transfer of his group’s intellectual property has been recognized with University of Pittsburgh Innovator Awards in 2007, 2008, 2009, 2010, 2014, 2017 and 2018. Some of his awards include the Society for Biomaterials Clemson Award for Applied Research, the Chancellor’s Distinguished Research Award from the University of Pittsburgh, and the Senior Investigator Award from TERMIS-Americas. In 2017 he was inducted as a fellow of the National Academy of Inventors and in 2018 he was named Inventor of the Year by the Pittsburgh Intellectual Property Law Association. In 2019 Dr. Wagner was promoted to the rank of Distinguished Professor, the highest recognition available to University of Pittsburgh faculty. In 2020 the 4th edition of the best-selling biomaterials textbook, “Biomaterials Science” was published with Dr. Wagner taking over the lead editor role and in partnership with a new generation editorial team.  He was also named by Pittsburgh Business Times to its “Power 100” list (“people who have defined and are redefining the region, and who are leading and shaping their industries”). In 2021, Dr. Wager received the Founder’s Award with the Society for Biomaterials. Dr. Wagner’s research interests are in cardiovascular engineering with projects that address medical device biocompatibility and design, biomaterial development, and tissue engineering.