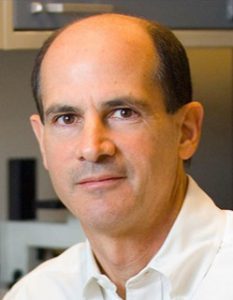 Dr. Rando is the Director of the Eli and Edythe Broad Center of Regenerative Medicine and Stem Cell Research Center at the University of California, Los Angeles (UCLA). He is also a Professor in the Departments of Neurology and of Molecular, Cell and Developmental Biology.

Prior to joining UCLA, Rando was a professor of neurology and neurological sciences at the Stanford University School of Medicine, where he also served as director of the Glenn Center for the Biology of Aging. Within the broader Stanford University community, he was deputy director of the Stanford Center on Longevity. In addition, he was the chief of neurology at the Veterans Affairs Palo Alto Health Care System and director of its Rehabilitation Research and Development Center of Excellence. He was and remains an adjunct faculty member in the McGowan Institute for Regenerative Medicine at the University of Pittsburgh.

Dr. Rando received his AB, MD, and a PhD degrees from Harvard University. He completed his residency in Neurology at the University of California, San Francisco, where he served as Chief Resident. From 1991-1994, he completed a post-doctoral fellowship in the Department of Molecular Pharmacology at Stanford University.

Dr. Rando’s research has focused on the structure and function of skeletal muscle with particular emphasis on stem cell biology and regenerative potential of muscle tissue in the setting of aging, injury, and disease. His laboratory has more recently expanded into the area of tissue engineering, with an emphasis on Regenerative Rehabilitation, exploring the effects of exercise and physical activity on muscle regenerative and reparative functions. Dr. Rando has been recognized as leader in scientific fields ranging from the biology of aging, to stem cell biology, to muscular dystrophy. For his seminal work on systemic aging, he received the prestigious NIH Director’s Pioneer Award in 2005 and a Transformative Research Award from the NIH 2013. He has received numerous awards, including a Paul Beeson Physician Faculty Scholar in Aging, a Senior Scholar Award from the Ellison Medical Foundation, and a “Breakthroughs in Gerontology” Award from the American Federation for Aging Research . Dr. Rando is a fellow of the American Association for the Advancement of Science, a member of the National Academy of Medicine, and a member of the American Academy of Arts and Sciences