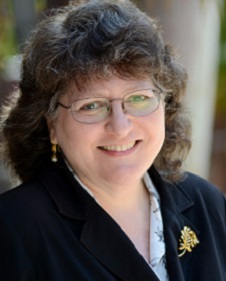 Dr. Kleitman serves as the Senior Vice President of Grants and Research at the Craig H. Neilsen Foundation, overseeing the Foundation’s research portfolios, as well as providing strategic guidance on all grant programs for the organization. She is based in Maryland, near Washington, DC.

From 2001-2012, Naomi served as a Program Director at the National Institutes of Health/National Institute of Neurological Disorders and Stroke, administering a portfolio of grants and contracts in spinal cord injury (SCI) research aimed at developing successful strategies for nervous system repair and restoration of function. She also focused on translation of fundamental research on spinal cord and peripheral neural repair into clinical studies that apply these basic principles, and the development of rigorous standards for preclinical and translational SCI research. Naomi has participated on numerous NIH and interagency groups, as a Federal Liaison to SCI research programs at the Departments of Defense, Veterans Administration and several non-federal agencies, and was co-lead for the NIH/NINDS-FDA/CBER working group.

Naomi was a faculty member of the University of Miami School of Medicine in The Miami Project to Cure Paralysis from 1989-2001, studying mechanisms of axonal regeneration in tissue culture and the development of populations of adult rodent and human Schwann cells for transplantation in peripheral and central nervous system injury sites. She also served as the Scientific Liaison for The Miami Project, encouraging interaction between clinicians, rehabilitation and basic researchers, as well as informing the public, patient groups, and the media about progress in SCI research.

Naomi received a PhD in neural and behavioral biology from the University of Illinois, Urbana-Champaign, and did postdoctoral work at Washington University, St. Louis.