AR3T recently interviewed Jarrod Call, PhD (University of Georgia), past recipient of an AR3T pilot grant, to learn about the evolution of his lab’s Regenerative Rehabilitation research program. 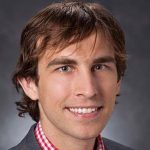 In the Beginning. Dr. Call received a BS in Biology from Wittenberg University. While pursuing his MS degree at Virginia Tech, he worked on the mdx mouse model of Duchenne Muscular Dystrophy, evaluating the effect of exercise training on muscle function.  Motivated by this experience, Dr. Call went on to the University of Minnesota, where he pursued a PhD in Rehabilitation Sciences. Whereas many of his peers in this program came from a physical therapy background, he and another student, Sarah Greising, came from a basic science background. While learning from classmates who were focusing on clinical research, he concentrated on the mouse model for rehabilitation research. After receiving his PhD in 2011, Dr. Call went on to complete a postdoctoral fellowship at the University of Virginia, focusing on molecular pathways. At the same time, his graduate school classmate, Dr. Greising, had gone on to pursue a postdoctoral fellowship at the Mayo Clinic, where she utilized a pig model to study muscle physiology.

Intrigued by the neuromuscular research being done at Mayo and wanting to return to his rehabilitation science background, Dr. Call corresponded with Dr. Greising and ultimately traveled to Mayo to obtain additional training. This correspondence continued as they moved on to their next positions, Dr. Call at the University of Georgia and Dr. Greising at the U.S. Army Institute of Surgical Research. The two bounced around ideas for potential collaborations that combined their areas of expertise. They were particularly interested in the significant limitations of the remaining muscle to re-grow in the void left behind after volumetric muscle loss (VML) injury, and whether it would be possible to affect endogenous regeneration. This question, combined with their shared background in rehabilitation science, drove them to ask whether it would be possible to re-grow the remaining tissue following VML using the right form of rehabilitation.

Word of Mouth. Gordon L Warren, PhD (GSU), who had visited UGA as a speaker, learned about Dr. Call’s research interest and sent him information about AR3T’s pilot grants. This was the first time that Drs. Call and Greising realized that there was a name for the research that they were interested in pursuing-“Regenerative Rehabilitation”. In late 2015, Drs. Call and Greising collaborated on a pilot grant proposal. The goal of their project proposal was to investigate whether wheel running or electrical stimulation, as a form of rehabilitation, could promote endogenous regeneration of the remaining muscle following VML.  They noted that this was a critical question in military medicine, as the findings could positively affect combat veterans. They were awarded the pilot grant from AR3T in the spring of 2016, which allowed them to collect pilot data in pursuit of this new line of collaborative research.

Development of a Regenerative Rehabilitation Research Program. The pilot data collected from the AR3T grant made it possible for Drs. Call and Greising to apply for, and win (!!), a DOD grant to support a larger study of methods of rehabilitation for promoting endogenous regeneration after VML.  While Dr. Call’s research direction had initially focused on metabolic function, the pilot grant from AR3T allowed him to pursue this new line of Regenerative Rehabilitation research, which is now one of the main focuses of research in his lab.

Dr. Call continues to brainstorm with his collaborator, Dr. Greising, about potential applications of their work in other domains. They expect to continue their current line of research while also building upon what they have going by forming collaborations with others to expand on their Regenerative Rehabilitation research.